For most actors, hiding away in a meticulously styled house is a break from Hollywood script-passing and onlookers Instagramming you during lunch from the next table over. But for Selma Blair, who announced last fall that she has multiple sclerosis, her 1950s Cape Cod–style home is so much more than a respite from Hollywood’s noise.

When she’s not posing on the Vanity Fair Oscars party red carpet, chic cane in hand, her home is where she finds joy on days when her symptoms make it just too physically difficult to go anywhere else. On the afternoon of our interview, for instance, her voice is slow and raspy. “I’ve just got to get under the covers,” Blair says over the phone. There’s a small pause. Given everything that’s going on, could any of us blame her if she just wanted to crawl under the covers and stay there forever? 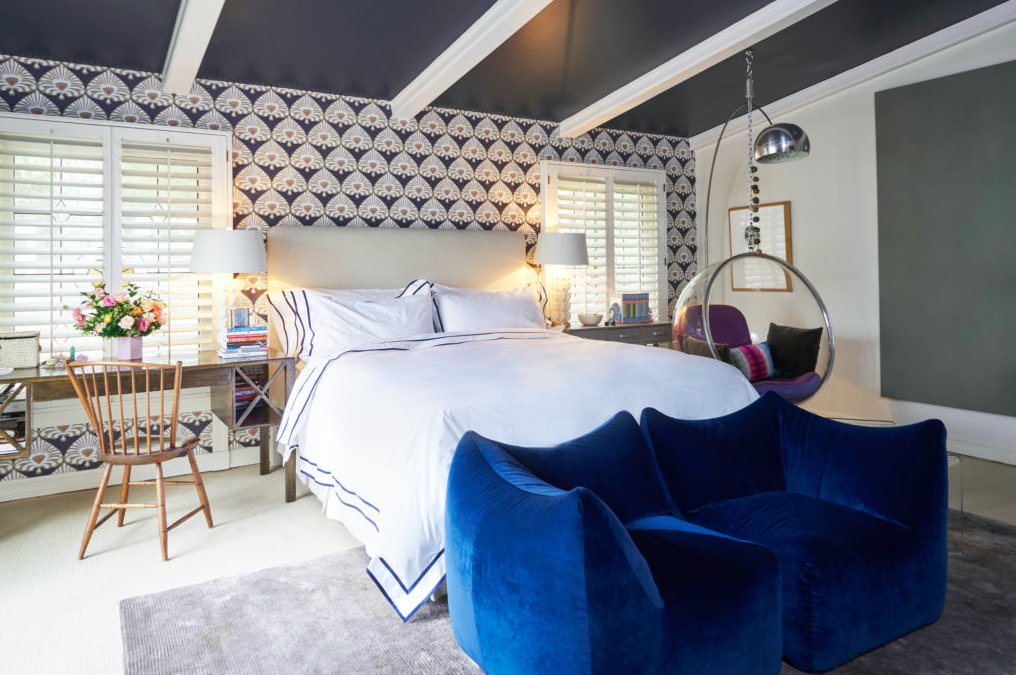 But watching the world float by from bed is just not Blair’s style. Instead, she’s filled her Fryman Canyon four-bedroom home with artwork and bold colors that inspire her on the good days and comfort her on the tougher ones. In the dining room, an orange-flecked paradise that her friends affectionately call Café Hermes Blair, she’s assembled her artwork so that a Philippe Halsman photograph of African-American singer Marian Anderson is front and center.

“She broke down doors for women, and every day I look at her, give a little bow, and say ‘Thank you,’” she says. Upstairs in the master bedroom, crisp white linens pop against a navy damask patterned wallpaper, Serena & Lily’s Palmetto. From it, she finds daily inspiration: “I guess they’re technically fans, but to me they’re spades. It’s my way of saying like, ‘I’ve got this in spades. We’re cool.’”

When Blair first bought the house five years ago, her diagnosis still years away, she told a friend at her tennis club that she—and her home—needed some cheering up. That friend happened to be interior designer Bryan Wark, with whom she collaborated on the space’s bright colors and preppy style.

“Before, it was just a very traditional house, and it was perfectly fine. But I always felt the character was missing,” she says.

Inspired by the old-school boarding school she attended outside of Bloomfield Hills, Michigan, where she grew up, she knew she wanted to bring an East Coast feel to her Southern California home, a move that often surprises people who know her style mostly from the red carpet. You could call it preppy punk, or, as she puts it: “I wear black leather during the day, but I sleep in Lilly Pulitzer pajamas.” 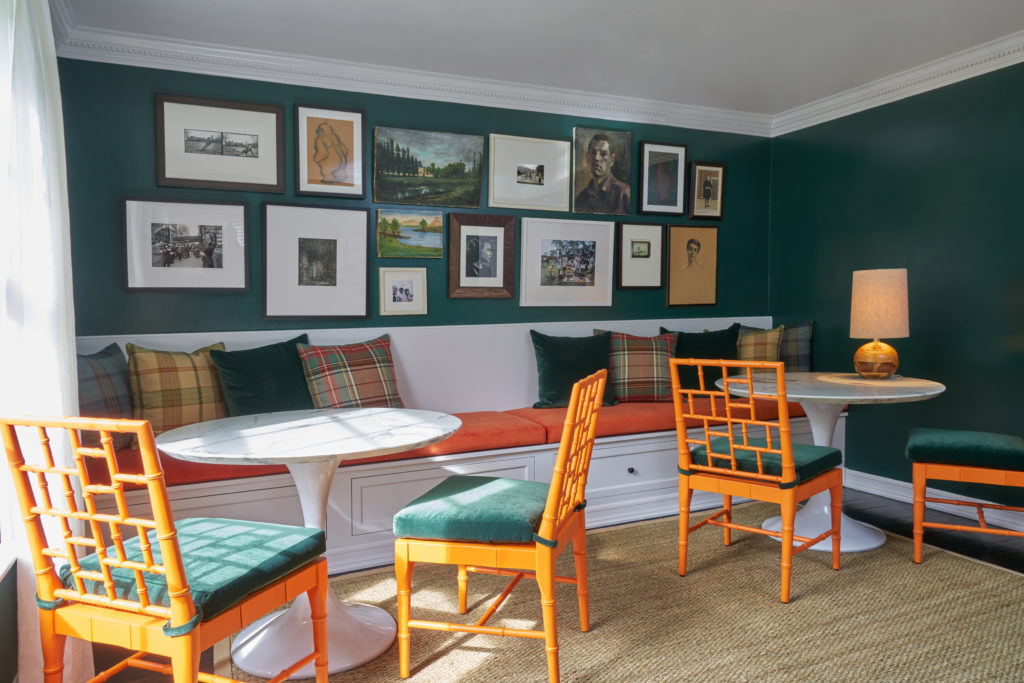 Wark and Blair started working together by adding bold colors wherever they could: Benjamin Moore’s Polo Blue covers the master bedroom ceiling, and plum paint dominates the entryway powder room.

When Blair was hesitant about adding bright orange chairs to the dining room, which was already decked out in Benjamin Moore’s Hunter Green, Wark convinced her it was necessary. “Color is life, ya know?” he says. And Blair now agrees: “When we added the bold color in these little spaces, it came alive,” Blair says. “Now the whole house has a sense of humor, and it gives me some vitality.”